A route is a sequence of stopping points and the path between them. The route in NimBus also includes the entire list of route schedules.

All route stops should exist in the system before the route is created. One stop can be used in any number of routes.

To work with routes, select the same name section in the navigation bar. 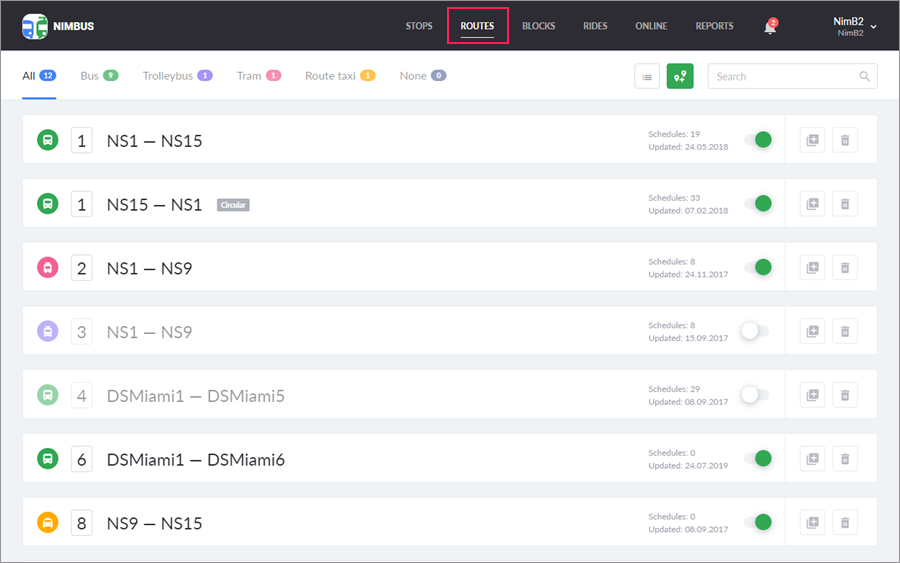 A route with intersections is a route the line of which intersects or partially overlaps itself. Below are the examples with schemes of such routes.

In the new Online 2.0 algorithm, the time of receiving messages from units is compared with the time of visiting every stop indicated in the schedule. Online 2.0 allows you to execute the rides of such routes correctly, avoid visiting the last stop ahead of schedule, and finishing the ride prematurely.

For the scheme from the first example, it is recommended to create two separate routes (in the forward and backward directions).

For the algorithm to work, it is required to indicate the time of visiting all the stops in the schedules of the route.