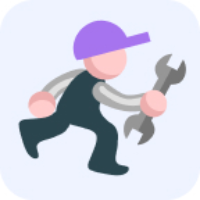 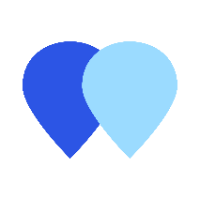 The time of completion/start/end of any state is displayed in the reports in the format specified in the General section of a report template.

In the tables that include the duration of a state, the hours may not be combined into days (if the interval is longer than 24 hours). It means that instead of 5 days 12:34:56 it is displayed as 132:34:56. To disable days and leave only hours, select the hours:minutes:seconds duration format in the table properties of the report template. This option does not only affect the formatting in the cells, but also the row Total. Moreover, the duration may be shown in the format of hours (with two decimal places). For instance, 3.45 instead of 3:27. This is done by means of activating the hours (with two decimal places) option.

If grouping is used, a table receives additional column (Grouping) which displays the time in the following way:

To receive reliable data for time/duration, it is important to correctly indicate the Time zone and DST options in the user settings.

For trips in private mode, if the Do not show unit location option is activated for the sensor, a dash is displayed in all the columns connected with the location.

Mileage can appear in reports on trips, geofences, trips between geofences, speedings, digital sensors, etc., as well as in statistics and processed fuel level chart.

Mileage is calculated according to settings of mileage counter on the General tab of the unit properties. Besides, mileage can also depend on the trip detector because the intervals of movement and parkings are detected by it.

In the statistics and in various tables, you can find many possibilities for mileage described below.

In many tabular reports, mileage can be displayed. It can be calculated either by all messages or by messages in trips. Choice of the method of calculation is defined by the Mileage from trips only option in the General section of the Report template dialog.

If less than 20 (miles or kilometers), the mileage is displayed with accuracy to hundredths (other decimal places are simply cut). Measurement units for speed and mileage (kilometers and kilometers per hour or miles and miles per hour) are selected in the additional settings of the Report template dialog. There you can also set the Mileage/fuel/counters with accuracy to two decimal places option to always see the mileage with the hundredths.

The average and maximum speed values can be included in the same reports as the mileage: trips, geofences, trips between geofences, speedings, digital sensors. Note that the average speed directly depends on the mileage because it is calculated by dividing mileage by duration (for example, distance travelled with a sensor on divided by the duration of an on the state. That is why a situation can happen when the average speed is zero and the maximum speed is a positive number. It can happen (1) if the duration of a state is zero (see explanation above); (2) if the mileage is zero (the unit was parked or the mileage counter is set incorrectly); (3) if the mileage is insignificant, for example, 0,01, and the result of the division is smaller than 1. Note that mileage can be calculated either by all messages or by trips only (the option in the settings of a report), and this obviously affects the resulting values of the average speed.

The Maximum speed has nothing to do with the mileage and any counters. To calculate the maximum speed within an interval, all messages which get to this interval are analyzed and the largest speed value is selected and displayed in the corresponding cell.

The speed is given only in integer numbers.

When the intervals of speeding are displayed in the reports, it is necessary to take into account the peculiarities of determining them in the tables Speeding and Eco driving. Into the tabular report Speeding fall the intervals the speed on which was higher than the one received as a result of summing up the values of the speed limit and the tolerance on speed limit indicated on the Advanced tab of the unit properties. Into the table Eco driving fall the intervals the speed on which was equal or higher than the one indicated in the option Min. value for the Speeding criterion on the Eco driving tab of the unit properties.

Many reports can provide information about the fuel: fuel level (initial/final), the volume of filled/stolen/registered/consumed fuel, average consumption, etc.

In most cases to receive the information about the fuel, you need the unit to have corresponding sensors installed. They should be configured on the Sensors tab of the unit properties.

The following abbreviations are used:

Without special fuel sensors, you can control the fuel in the following ways:

The consumption by math does not require fuel sensors. The consumption rates and coefficients indicated in the properties of the ignition and engine efficiency sensors are multiplied by time.

In a report template, several methods of calculating fuel can be selected simultaneously. In this case, a separate column is generated for each method. Moreover, if there are several sensors of the same type, then a separate column is generated for each of them. If you want a certain sensor to be used for the fuel calculation, enter its name mask in the Sensor masks filter of the parameters of the table. If in the report template you select columns that do not correspond to the unit's properties, zeros are displayed in the cells of the resulting report.

In the statistics, there is no possibility to show the information for each sensor separately. In such rows as Avg consumption ..., Consumed by ..., Rates deviation ..., etc. you can get only one value for each type of a fuel sensor (FLS/ImpFCS/AbsFCS/InsFCS). That is why the consumed fuel (Consumed by ...) in the statistics is the sum of the sensors of this type, and the average consumption (Avg consumption ...) is the arithmetic average of those sensors. However, the calculation of the deviation from rates (Rates deviation ...) depends on the adjustments of the sensors. If a unit has two sensors of the same type, the deviation from rates is calculated for each sensor separately, but for the statistics (as it can be only one row) the sum of those deviations is shown. Thus, the formula is:

By default, the fuel level is given in integer numbers. The volume of the consumed/registered/stolen fuel, as well as the average consumption is given to the nearest hundredth if their value is below 50 (if it is higher, then integer numbers are used). However, if required, you can see fuel values always with the accuracy to hundredths. Enable the Mileage/fuel/counters with accuracy to two decimal places option in the report template (the rest of the numbers is rounded off).

The fuel calculation algorithms process messages taking into account the filtration configured in the General settings block in the properties of the fuel level sensor (the Filter fuel level sensors values option).

During the mathematical calculation, fuel consumption is computed separately for each pair of messages.

The following algorithm is used: